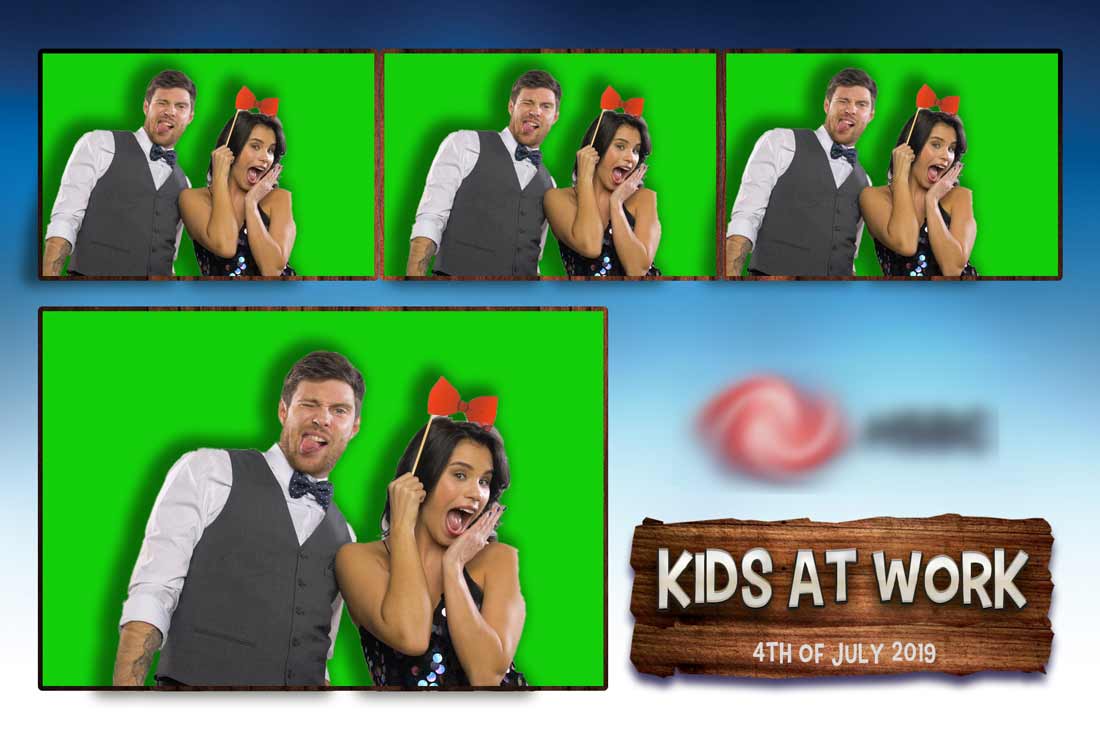 Green screen is one of the most fascinating visual techniques that can order with any of our photo booths Packages.

You have seen in many movies in the cinema that actors are performing in supernatural or fictitious in the environment. Part of the scene made by artificial reality and 3d rendering and all of the borough to the movie and mixed with captured real footages form camera and real scene.
The technique called “Chroma Key” is used to define the process.
It is simply based on removing a specific color from the current scene and replacing it with another source (color, video, picture).

For Keying a chroma it is important to use a solid color which seldom used in human skin or outfits etc. Most common colors used for this reason is Green or Blue. It is called Green Screen or Blue Screen. We will speak about the green screen in this article and in general mean any selected chroma key.

In a Photo Booth application, single or multiple photos or graphics will be designed for being replaced in the green area. It can be a cityscape, landmark or any other natural photo.

In some cases when the venue has no proper background, and the green screen will be used to replace the unwanted scene, the graphics can be a solid color or plain white or even a picture as a general rule in green screen background technique.

Our Green Screen app is capable to replace multiple photos by a user selection pause during the photo booth session. Photo Booth app can rotate automatically the green screens background on each shot. Therefore the final look of the taken photos is very different at the end of the event.

In general, backdrops are important part of any photo booth session and physical backdrops might cause problems like a shiny surface and reflection, or sparks when flash fires, therefor green screen is a reliable solution, but the downside of using chroma key is unwanted shadows and showing the crisp greenish edge of the subject.